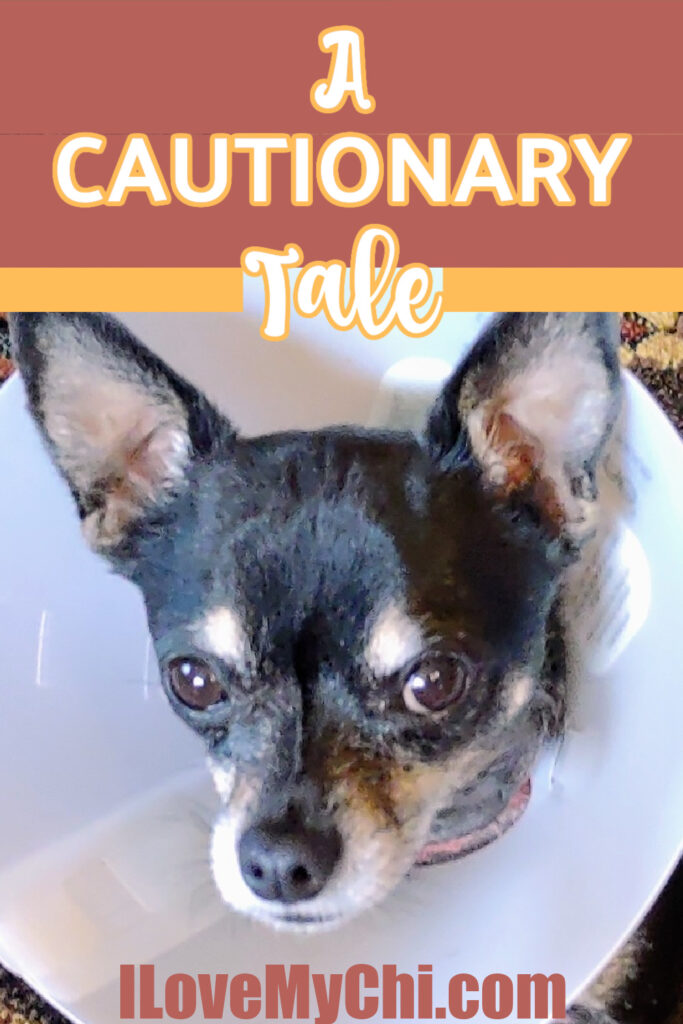 I got this in my email a few days ago and asked Leni if I could share it with you. It’s something we recently went through with my granddog too so it does happen more often than you think. I wanted ya’ll to be aware of it so I’m sharing Leni’s story.

I wanted to tell you what happened with my little boy Scrappy! He’s been feeling unwell for a little while. I hesitated to take him to the vet because it seems like we are up there a lot between our cat that we recently had to put down, our German Shepherd, and Scrappy.

But it went on too long so one-day last week, he really seemed sick and it was right before closing at the vet. Scrappy pooped and it looked weird, so I ran the sample to the vet who is about half a mile from my house.

They called the next day and told me that the sample I left had remains of a mouse in it! Gross! So they gave him some Cerenia for nausea.

That week he was better for a couple of days and then got really sick. He was regurgitating every few minutes. It happened to be a Sunday, so I called the emergency vet number. He told me that this didn’t sound like a true emergency and that I needed to bring him in the following day.

Shortly after that, Scrappy started having bloody diarrhea, and then pure blood. I called the emergency number again, and this time, he sounded concerned and told me to meet him up at the office. We went up and they did bloodwork, an ultrasound, and an x-ray.

They asked us to go back and look at the x-ray. He showed us what looked to him like a blockage, told us he had to do emergency surgery, and sent us on our way to wait. Longest two hours of my life.

He called me and told me that the blockage wasn’t where he thought, that was just fluid backing up because of the blockage. But what he did find was the remains of a WHOLE RODENT of some kind stuck in his colon. OMG. Either a mouse or a small rat.

How he ate that without choking to death is beyond me! And where he got it is beyond me too! He’s always with us, and when we take him out, he’s on a leash.

We are still flabbergasted. But if our little guy did this, it could happen to anyone else too! Just something that I would have never thought could happen!

He’s home now, and healing pretty well, even though he has the cone of shame. We are thankful to still have him with us!

My Boy Asa is overweight and he has knee problem, i have tried different things to help him loose weight, he is not to active because of his knee, i walk him and his brother around the house twice a day 1 acre of land. Please any ideas will help. Both of my boy are chihuahuas ( brothers.)

@Sharie, you can also give him the little 5 calorie milkbones if you feel the need to give him treats. (Like me. Lol)

He may have a thyroid problem or he may just be eating too much. Chihuahuas only need about 30 calories per pound of body weight. So you should feed him according to what he should weigh. If he should be 6 pounds, you would give him 180 calories a day. Your vet may want to put him on a low calorie dog food too.