I Love My Chi may earn a small commission for purchases made after clicking links on this page.  Learn More
Home » Chihuahua Stories » Teresa’s Chihuahua Story 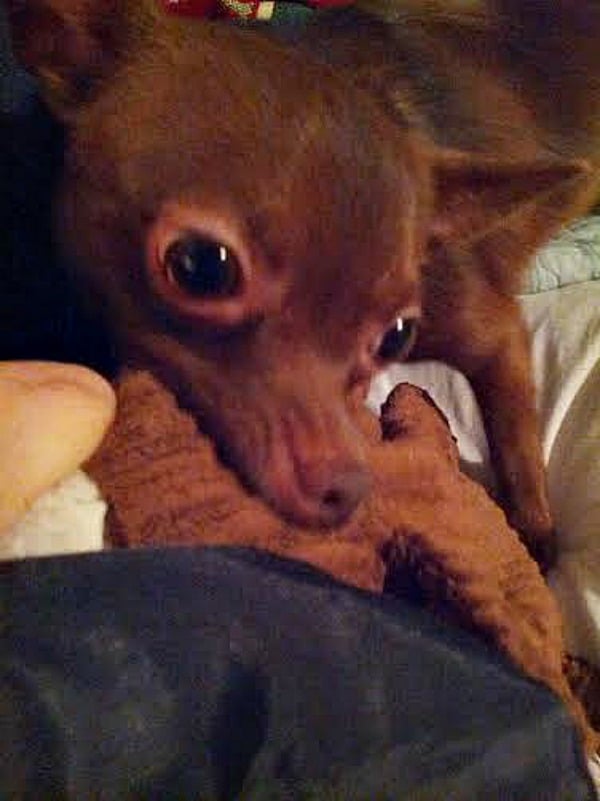 I had been in the pet care business for over 35 years.
I started at a very early age. I assisted in surgeries with local vets as well as having my own large kennel, pet grooming, boarding and teaching, and a lot of vet work as well.

Well its been since 2000 that I had to give up my career.
It was a very sad thing to do and I miss it, but I was physically unable. Bad backs can do a lot of damage in the whole body.

I did not have any pets, so we acquired a tiny rescue Manx kitten. She was the love of my life and was stolen from my apartment window.

I could not get over it. So after 7 years, it was our last chance to get a puppy from my sister-in-law. They were having their last litter of Chihuahua pups and the parents were to be fixed as soon as possible.

I knew absolutely nothing about Chihuahuas. I use to raise poodles and Doberman Pincher’s back in 1970-80’s. And I did not groom many Chihuahuas. I was a sculpture groomer.

Well we said no, we would not get a pet until we saw the pictures and thought, hmmm OK let’s give it a try. We missed not seeing our grand children and thought this may fill a little void.

Well to our surprise we fell in love with the little boy before we saw him in person. 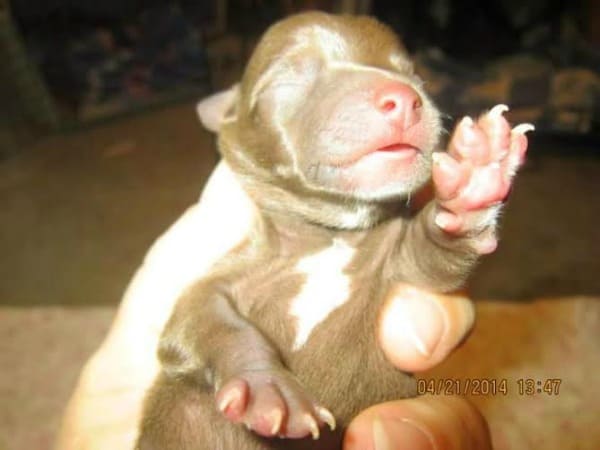 We love the movie “The Hobbit” so we had his name picked out “Frodo”.

When we went to get the puppy, it was love at first sight.
I learned so much. Everything in the Chi books were correct. The breeder was awesome. Perfectly healthy pups. Frodo has never had one worm.

He has very regular trips to the vet just for caution.
He was born April 20th,on Easter Sunday morning and is now 13 months old. He does not know that he is a dog.
He thinks I am his real mommy.

He was house trained via praise, at age 8 weeks old. He loves to please us and he is so proud of himself when he potties outside in his special corner on the porch with clean news papers.

He will hold it and will not soil his cage. He is a neat-nic.
Everything must be neat.

He eats Prescription Science Diet, green beans, carrots and rice. He loves the dry food. We let him chew on smoked roast bones( USA) made, and throw them away quickly. But they keep him busy. He loves to play toy tug.
He’s very active, and full of love.He also invents games and his intelligence is beyond belief! 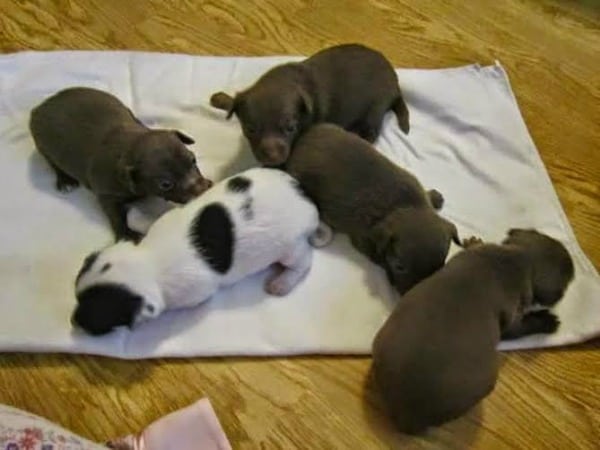 He is a small chocolate Chico Chihuahua. His siblings are deer, apple,etc. He is a throw back. There was a black and white in his litter. All were born blue and he has blue all through his chocolate coat.

Weighing over 6 pounds with tiny features yet great muscle tone and not frail. He has a thick undercoat smooth/long. Chocolate nose, nails, eyes,white blaze on his chest.

Honestly I do not know what we would do without him.
Those tiny feet 🙂 and runs like lightning. We are his world and he is ours.

He has a huge large dog cage that is his personal house for night night and nap time. Alone he can’t be trusted. He thinks he is supposed to put everything in his mouth.
If I dropped a blood pressure pill he would eat it if he could so we’re extra protective.

Frodo understands everything we are talking about.
We have never left him with anyone and I’m scared he would be devastated if we did, but that time will come.
I’ve put off the neutering, but I know for his health it needs to be done. So afraid of surgeries; I have been there! Something simple can go wrong anytime. A chance we are taking. But I need to get over it.

He is like my child.
This time no spankings:). He’s ashamed when he misbehaves. He holds his head in shame and kisses up when he’s sorry. It is very funny!

He is precious and has filled many voids. Very special, and a very happy puppy.

Frodo is loyal. He loves the few in the family but I am mommy. 🙂  He sits, barks, rolls over and is learning to patty cake. He is so spoiled that I have to hand feed him his supper and he drinks bottled water only. He also likes buttermilk.

His tummy is sensitive. I’ve had scares before. Blood in stool. Rawhide bones and no telling what else he has eaten. But he’s fine now.

He has settled down a lot. He loves to attack socks and feet. His personality is indescribable.

His middle name is Mystro, ( micestro) lol because we are musicians. I sing him to sleep.

He is a blessing sent from above.