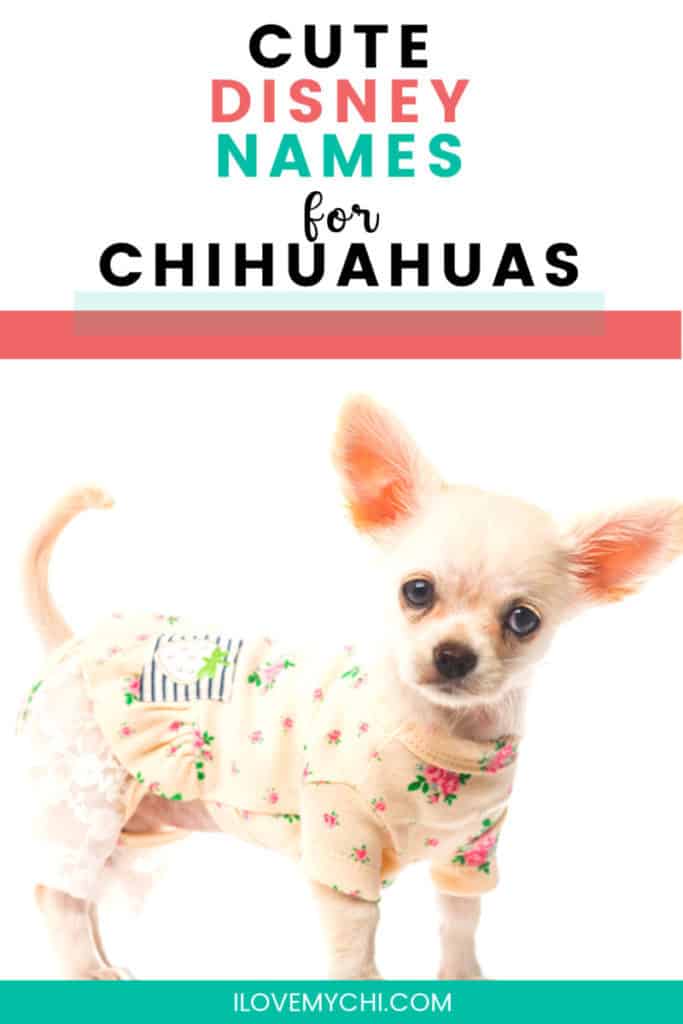 Chihuahuas are very personable and cute, sometimes in a cartoon or animated manner, making Disney movies a good place to look for inspiration when searching for names for your Chihuahua. But if Disney chihuahua names aren’t for you, we have lots of other chihuahua names posts to find the perfect name for your chi! 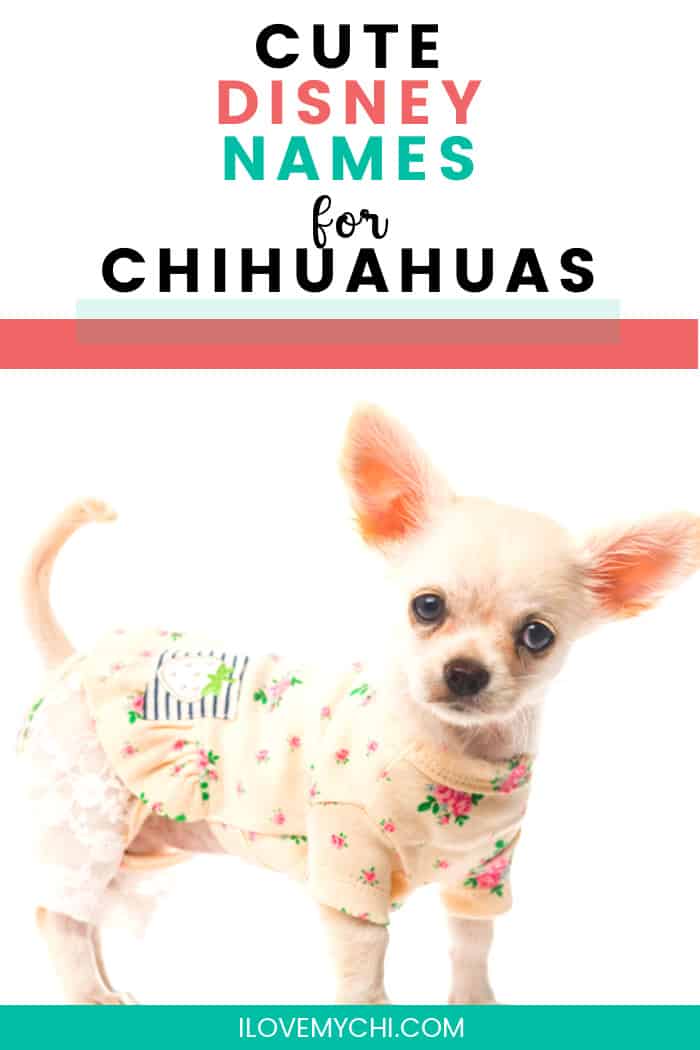 Here are some of the most popular Disney movies to offer you inspiration as you search for the perfect name for your Chihuahua:

The classic favorite of families around the world, these books and movies are comforting but also emotional, just as our relationships with our Chihuahuas can be.

You cannot go wrong with naming your Chihuahua after the most classic Disney characters, and any of these names would be so fitting for a Chihuahua:

Frozen was an instant hit; no one would wonder where your furry friend’s name came from if you chose one of these iconic characters for your inspiration:

One of Disney’s less popular movies, but some would argue better than Frozen, Tangled is a modern Disney twist on the story of Rapunzel. Here are the main character’s names to consider:

Do you have a curious Chihuahua? Then Alice in Wonderland is a good place to look for name inspiration:

Since Chihuahuas tend to have the longest life span of most breeds of dogs, naming your furry friend after a character from Peter Pan may be appropriate as Peter never ages:

One of Disney’s less popular movies but by no fault of it’s own, this movie is a great place to find inspiration for a Chihuahua’s name. Merida is a strong female lead who wants to do things her own way, similarly to how many Chihuahuas want to rule their houses: 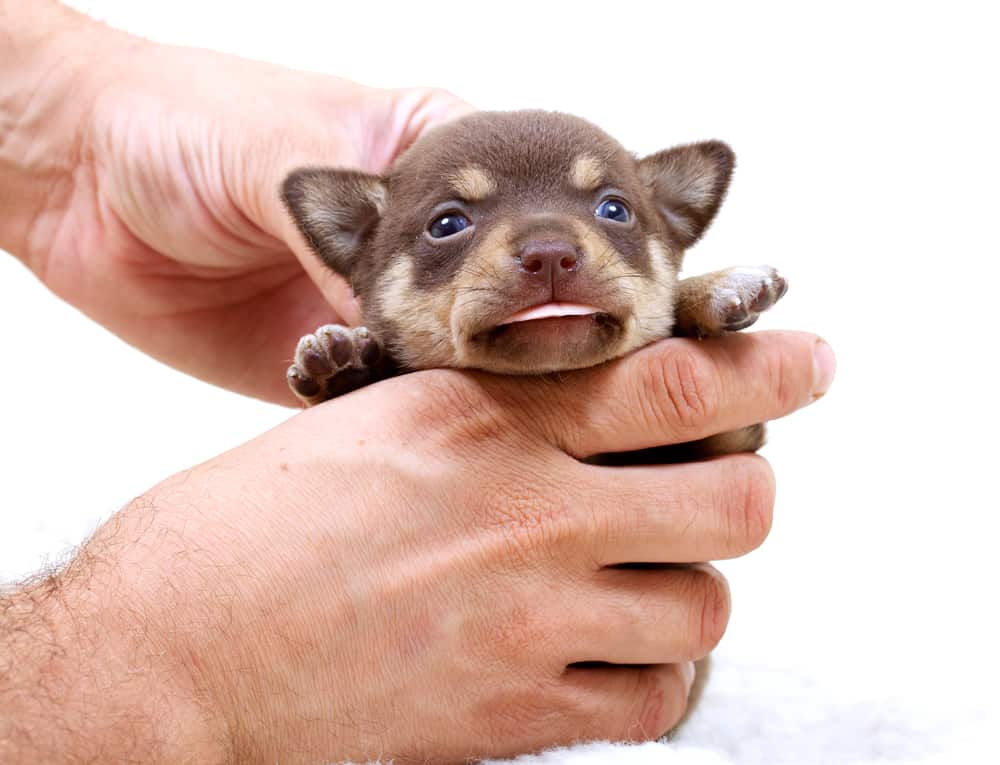 Another Disney classic, Chihuahuas are not often named any of these names, making them a good choice for a unique name:

Those who love fairytale happy endings should turn to Cinderella for inspiration. These names would be ideal for a Chihuahua who was rescued from a hard life and now lives the good life:

Since Snow White was famous for being kind and gentle, this movie is a good place to look for inspiration when trying to name a loving Chihuahua: 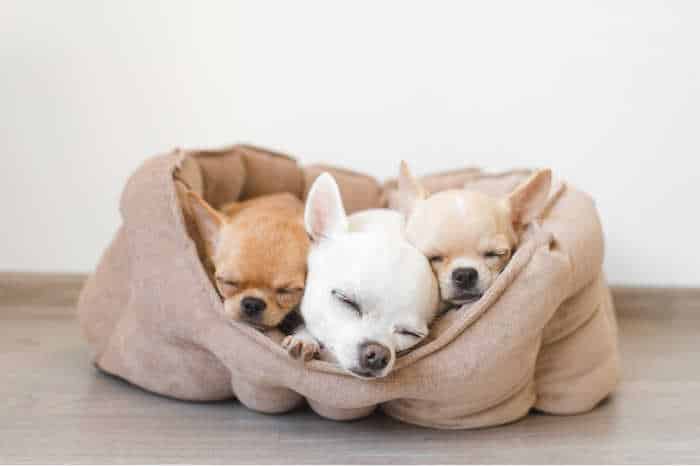 Since most Chihuahuas love napping in the sun, inspiration for a name being sought in a movie about the beach and ocean is appropriate since many people enjoy sunbathing on beaches:

The movie that made the song “A Whole New World” famous is perfect for naming a rescued Chihuahua, because they are now living in a whole new world:

Full of animal characters with big personalities, Pocahontas is an appropriate movie to look to when naming your Chihuahua:

Lilo and Stitch is a great place to find your Chihuahua’s name; Stitch and Chihuahuas both have large bat like ears and endearing personalities:

This Disney classic offers some unique choices for naming Chihuahuas:

And last, but not least, the name Disney is a great name for your chi.

Disney names are great for Chihuahuas because so many of them are very cute just like these little dogs are. Is your Chihuahua named after a Disney character? Share a picture and the story of how you chose his or her name in the comments below!