Ear Infections in Dogs and Their Symptoms 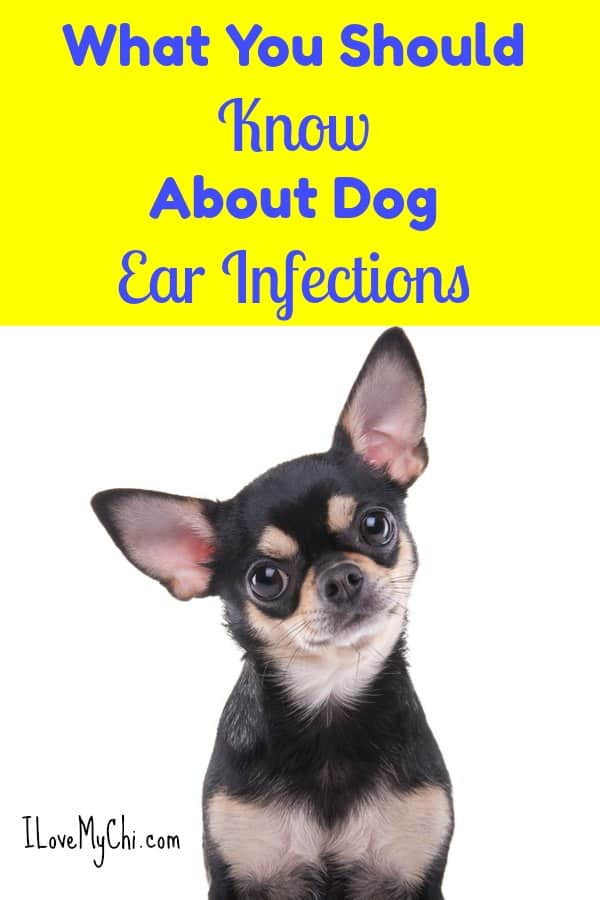 Has your dog been acting a little funny lately? Has he been shaking his head at you, or scratching his ears? Your dog might have an ear infection!

A dog’s ears are not set up like a human’s. Their ear canal is more diagonally shaped as opposed to the human horizontal ear canal. This is ideal for the pooling of fluid, which tends to be the most frequent cause of infection!

Types of Ear Infections in Dogs

Though countless things can cause them, three general kinds of ear infections in dogs exist that affect three separate areas of the canine ear. It’s estimated that about 20 percent of dogs have some form of ear disease (American Kennel Club, 2015).

Otitis externa affects the outer ear, and can often be seen just by looking at the ear. It is commonly diagnosed by redness or swelling in the outer ear or outer part of the ear canal.

If caused by trapped water the moist environment of a dog’s infected ear is ideal for bacterial/yeast growth and can not only become painful but cause the infection to spread to surrounding areas if not treated. It’s essentially ‘swimmer’s ear’ for dogs.

Fluid build-up is not the only cause, there can be underlying allergic conditions.

If your dog’s eardrum isn’t punctured and/or there is no blood or pus, the infection is likely Otitis externa (often the simplest type to treat).

Swimming and grooming can predispose dogs to ear infections and the use of drying agents can be beneficial.

Located just behind the eardrum, Otitis media is inflammation of the dog’s middle ear and is often the result of infection spreading from the external ear.

Usually more advanced than Otitis externa, this form of ear infection can often pose a more serious threat to your dog.

Because it is usually more serious, treatment is most successful when started early on. Untreated Otitis media can lead to both Otitis interna and even rupture of the tympanic membrane. 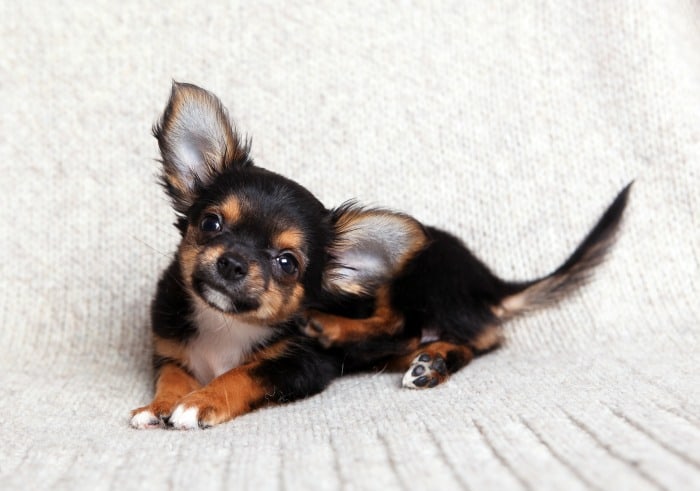 Otitis interna, or inflammation of the inner ear structures, often presents the most serious problem, possibly even resulting in hearing loss or other serious types of disease.

The symptoms listed below should be very obvious and easily detected; a pet displaying these symptoms should see a veterinarian immediately.

I haven’t tried this but one of our readers left a comment that this stuff works really well for ear infections: EcoEar

What Can Cause Ear Infections in Dogs?

Just like humans, countless types of bacteria exist lurking around any dog’s environment that can cause ear infections, often causing the ear to swell and fill with fluid.

Also like humans, these disorders can and are often treated by flushing of the ears and antibiotics prescribed by a veterinarian. With repeated infections, the culture of the bacteria is often recommended to guide antibiotic choices.

Like bacteria (and also like humans) above, the number and type of allergies dogs are susceptible to number beyond count!

Potentially making your pup prone to ear infections, the canine body’s reaction to allergies can create susceptibility to many types of infections.

About half of dogs with allergic skin disease and 80 percent of dogs with food sensitivities will develop ear inflammation (American Kennel Club, 2015). 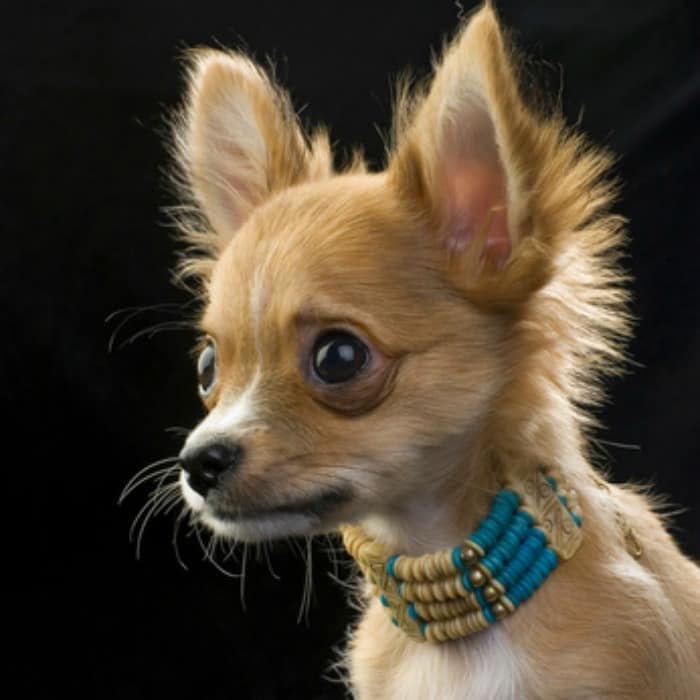 Though fleas themselves usually don’t cause more than an irritation directly, some dogs suffer allergic reactions to the saliva of a flea bite.

Even if that isn’t the case, flea bites in or on the ear will cause your dog to itch, possibly breaking the skin and both exposing the ear to bacteria from the dog’s nails and opening the area up to any number of outside invaders.

Don’t worry about recognizing the problem there! Excess itching is often a pretty clear sign there is an issue, especially with fleas. Once the flea issue is taken care of, if this is the cause, the allergy will be easier for the veterinarian to treat.

Ear mites spread rapidly among animals and have unfortunately become resistant to many insecticides.

By no means limited to the ear, a malformation or disorder of the tiny thyroid gland can lead to a great many physical, mental, and behavioral complications. Thyroid disorders cause numerous symptoms that resemble other things and might be misdiagnosed nine out of ten times, presenting a serious problem.

The endocrine system is responsible for the release and regulation of hormones in a dog’s body. A problem here can cause an imbalance; depending on the hormone affected any number of organs might suffer problems. Like the thyroid gland, a malfunctioning endocrine system can lead to numerous problems not simply limited to the ear.

Wax buildup can be remedied by regular ear cleanings and inspections. 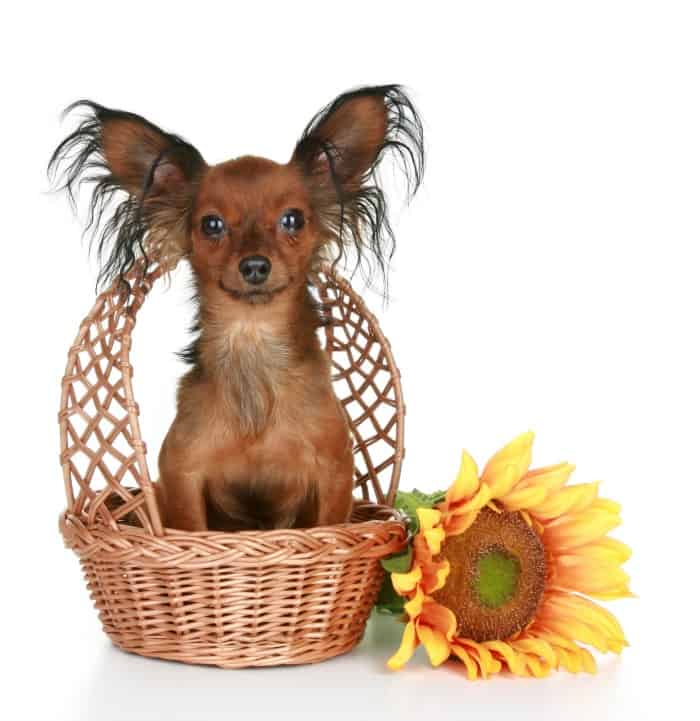 Though it should be common sense, a foreign object (such as small toys a child might carelessly insert) can easily lead to ear infections if not removed, especially after the body unsuccessfully attempts to destroy the mistaken ‘invader’.

Excessive cleaning can certainly cause harm to a dog’s ears.

Trauma to the ear, or any of the ear’s structures, can easily lead to any of the three types of infection depending on the area damaged.

In conclusion, remember, if your dog is behaving oddly or scratching excessively at his or her ears, consult a veterinarian! Though you may know how to clean your dog’s ears, cleaning only when a problem arises is often too late.

Click to read about How to Clean Your Dog’s Ears!

Ear Infections in Dogs: Symptoms and Treatment. WebMD. Retrieved from

Moriello, Karen A. (2016). Overview of Otitis Media and Interna.

This article has been fact-checked and approved by Dr. Paula Simons DVM. You can read more about her on our About page.

I had a puppy mill rescue with such a bad ear infection, that she had "cauliflower ears" where the cartilage was crunched up and wrinkled from constant head shaking and her ears were full with pus and infection dripping down the side of her face! She had to be knocked out to have them cleaned out the first time. Round after round after round off pills, drops and ointments (very expensive) but it only stayed clear for less than a month and then returned with a vengeance! I found a ALL NATURAL product called Eco-Ears and in less than 3 weeks her ears were clear AND THEY STAYED CLEAR. No more infections! Just put the product in, rub her ears at the base for 60 to 90 seconds, let the dog shake her head and wipe the outer ear. DO NOT DIG INTO THE EAR CANAL, it is not necessary. Can be used as long as necessary to get the infection under control. I then use it every other week just for general cleaning. A 16 oz. bottle is CHEAPER than a single visit to the vet.

Thanks for telling us about this Nina. I'll add it to the article.