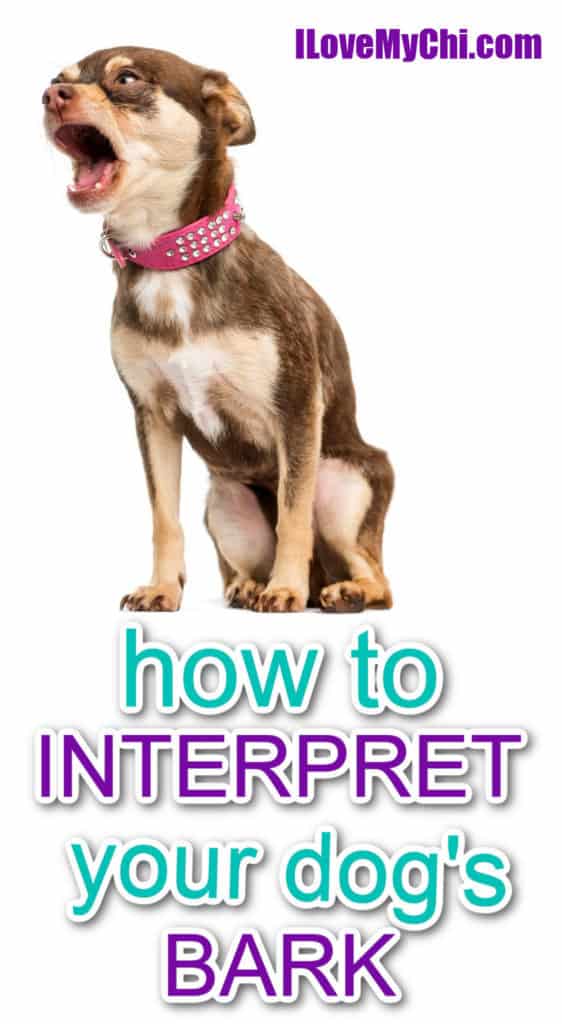 Dogs rely on vocalization in order to communicate with owners and other dogs. Do you ever wonder what do dog barks mean? Understanding what your dog is trying to say may help strengthen the bond. 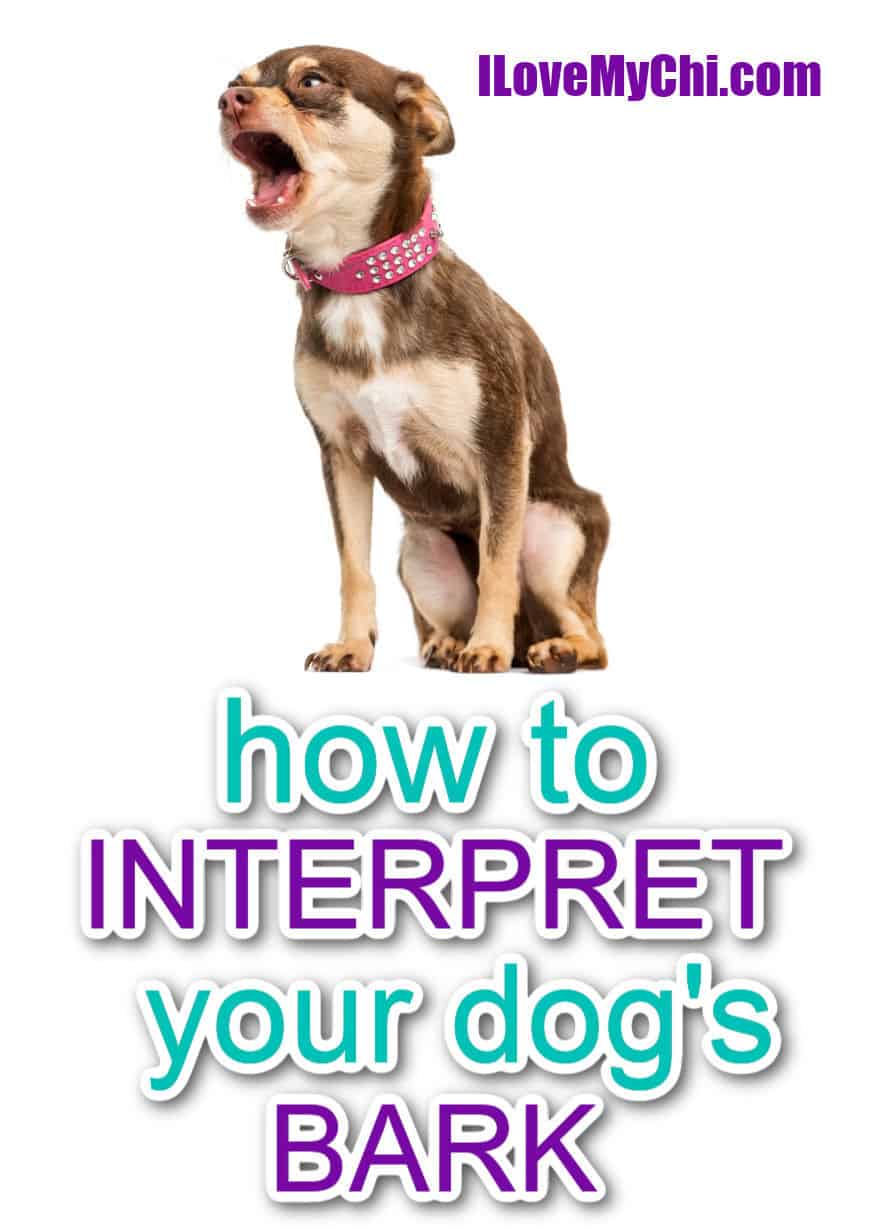 Visually, dogs communicate socially through body posture. A dog raising its hackles, ears forward, body leaning forward with lips raised, is obviously showing signs of aggression that most dogs will interpret right away. A playful dog instead will keep the tail high, rump in the air, and anterior legs lowered in a typical ‘play bow.’

Finally, dogs communicate vocally by emitting various sounds that may have different meanings. While a bark sounds just like bark to human ears, if owners pay close attention, they will notice there are variable sounds dogs produce to communicate different emotions. The following are some of the most common vocalizations that will help owners interpret canine language.

When a dog is afraid it will normally respond by barking, accompanied with hackles raised and tail tucked in close to the body. The bark itself is usually fast paced (often referred to as “yippy”) and often accompanied by high pitched whining noises. 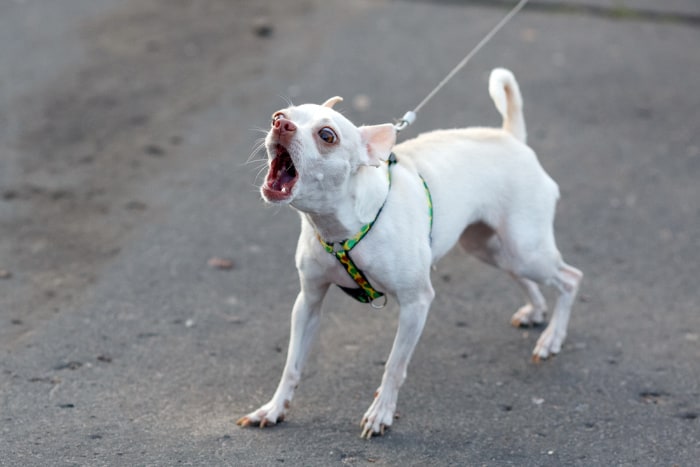 Barking is mainly used in dogs to establish their territory. If the dog is in a fenced area and barks at the mailman, it is simply telling him in a convincing way to get off the property. The territorial barker will bark until the intruder leaves the premises if allowed to.

This is a habit-forming and self-rewarding type of bark since dogs become convinced that it is thanks to their barking that the intruder has left.

Watchdogs that must alert owners of somebody suspicious near their property will emit a single brief bark that often has a growl in it. It helps to thank the dog for the alert and take over the situation by checking if there is actually somebody nearby. It is ultimately important to point out that it is up to the owner to decide if the person visiting is a welcomed friend or a threat, not the dog.

This is a learned behavior stemming often from owners that may unknowingly have reinforced it. The type of dog emitting this bark is a demanding attention seeker. The dog may bark in your face to ask you to throw the ball, get a belly rub, or receive a piece of that juicy steak you are eating.

This may be a frustrating ordeal to deal with since pet parents may hardly have time to relax. Not surprisingly, ignoring the dog will cause the dog to bark even more since the dog will try harder to get the attention it craves; eventually, however, this form of barking should dissipate right after getting worse. 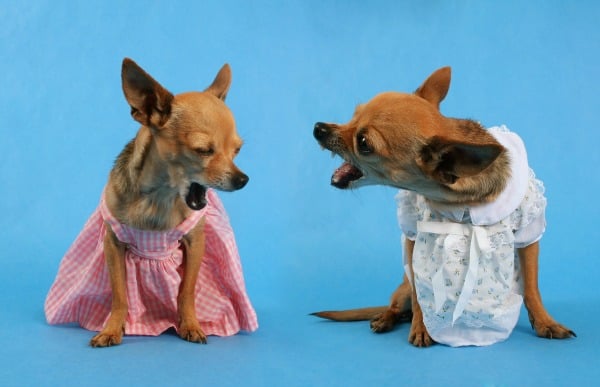 A repetitive, high pitched bark is often indicative of excitement and can be accompanied by play bows, running back and forth, and an overall state of hyperactivity. These come from playful hyperactive dogs or dogs excited to see their owners. These dogs display rapid movements that suggest a high level of excitement. It is often also seen in bored and under stimulated dogs when faced with exciting happenings.

This type of vocalization is typically characterized by a monotone, continuous bark. This is a self-rewarding bark since it causes dogs to release endorphins into their brain. Such endorphins help dogs cope better with the mental stress they are undergoing.

Indeed, this type of barking is a release of anxious and frustrated energy that is often associated with separation anxiety.

When your dog gets angry and starts barking, it will normally be much lower pitched than happy or excited barks. The body language associated with an angry bark is usually a stiff, almost aggressive stance, often accompanied by teeth baring.

As seen, there are several different interpretations of a dog’s barking. Before resorting to extreme measures such as using electronic collars or inhumane debarking surgeries, it is vital to find out why a dog barks in the first place.

The use of citronella bark collars, (electronic collars are definitely not recommended under any circumstances-specially for small dogs), or ultrasound bark deterrent collars may be helpful but should only be used to treat nuisance barking when all other methods have failed. If the dog is barking for stress or anxiety, the use of such devices may actually make the problem worse.

Of course they can speak. You just need to listen to what they are telling us.

Yep, and understand what they are telling us.