I Love My Chi may earn a small commission for purchases made after clicking links on this page.  Learn More
Home » Chihuahua Health » Health Issues » Hydrocephalus in Chihuahuas

Chihuahuas as a breed are prone to a very serious disorder called hydrocephalus, which is a buildup of fluid on the brain. It is not a diagnosis you’ll want to receive, but it’s best to recognize the situation as early as possible. 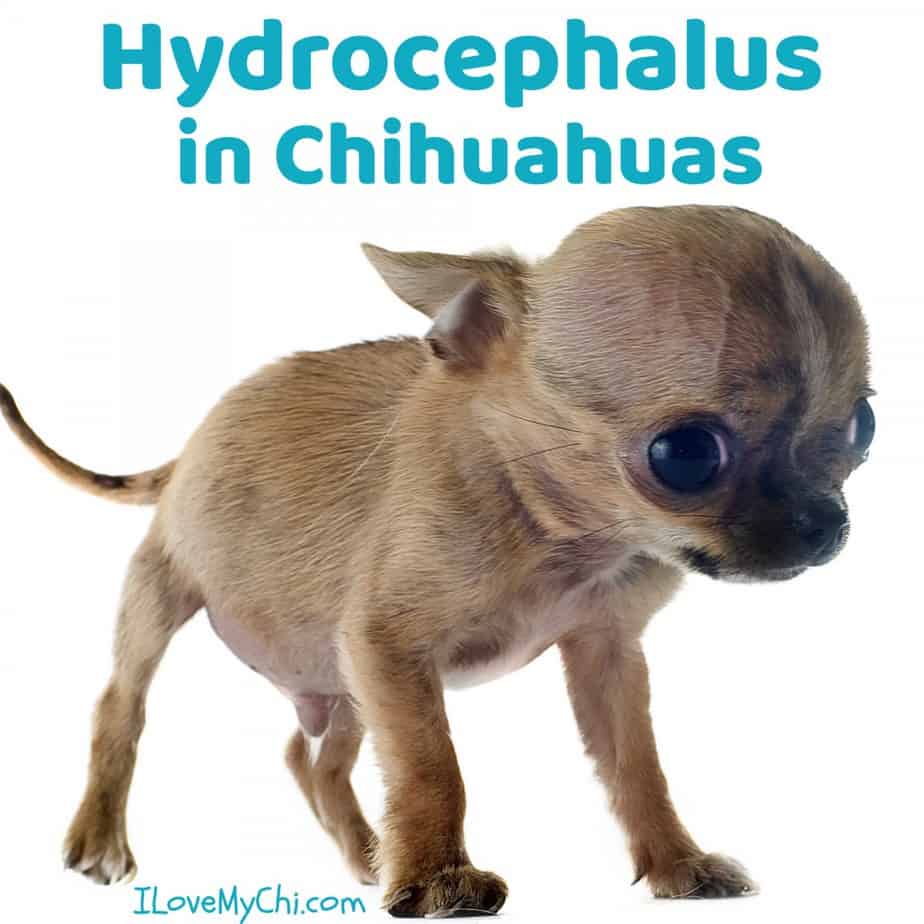 Hydrocephalus is a development of cerebrospinal liquid in the head of a dog between the cerebrum and the skull. The liquid does two things; it debilitates the bones of the skull and misshapes them. The weight from this extra liquid pushes on the brain itself, bringing on neurological issues.

Puppies can be born with this condition or it can happen due to a brain tumor or head trauma.

Most cases are diagnosed when a dog is a puppy. The dog will have a large dome shaped head.

Hydrocephalus will influence a puppy’s capacity to learn at a normal rate, and can affect their behavior, such as hyper strolling, hitting their heads against a wall, and seizures.

Treatment relies on upon the seriousness of the condition and the disease progression. The objective of treatment is to re-set up the balance of production and absorption of the liquid in the cerebrum.

Recently, there has been a medication presented call omeprazole, which has effectively decreased the generation of the spinal liquid in dogs.

Corticosteroids, for example, prednisone or dexamethasone, have additionally been utilized as pharmaceutical treatment of the puppy. Diuretics may likewise be prescribed to diminish the weight inside the puppy’s skull by advancing the disposal of liquids in the urine.

Veterinarians attempt to utilize surgery if all else fails, after no other strategy has hinted at working. The objective of surgery is to shunt the abundance the cerebrospinal liquid from various areas in the body.

Although treatable, dogs with this condition will be mentally slow and cognitively impaired. They will have a shortened life span too. Most do not live past the age 2.

Watch this video of little Zada if you want to see what a hydrocephalus puppy looks like.

Although a Chihuahua with hydrocephalus will not have a long life, they still can have a good quality of life while they are here and can be sweet loving little dogs.