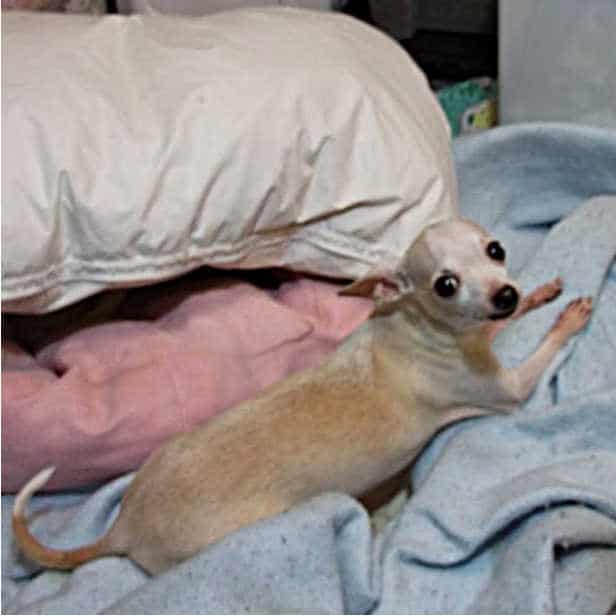 I would like to share my story on getting my little Pookie as a puppy back in October of 2004.

When I saw an ad a breeder had on the net from Arizona, I fell in love with the cute puppy that was shown on her web site.

So I decided to buy him from this breeder. I called her up and talked to her on the phone from here in Alaska.

I told her I would even fly down there to pick him up and I would then pay for him when I got there.

She told me we should meet at a hotel down there to see the puppy and the puppy’s parents. I asked her to send me photos of the parents, but she said she did not have any.

Then the day arrived to fly down and meet the breeder and the puppy of my dreams. When I arrived in Arizona, I took a cab to the hotel that the breeder had promised to pay for, which she did.

Once there and settled, I called the breeder to let her know that I had arrived. About an hour later, she arrived with a carrier filled with 4 or 5 puppies.

At only 3 months of age, I held the little puppy in my arms. I loved him as I held him in my hands. He was so little and frightened.

The breeder asked if he was the one I wanted and I told her it was. So the deal was made there in the hotel and I gave her a check for $1,600. for him. 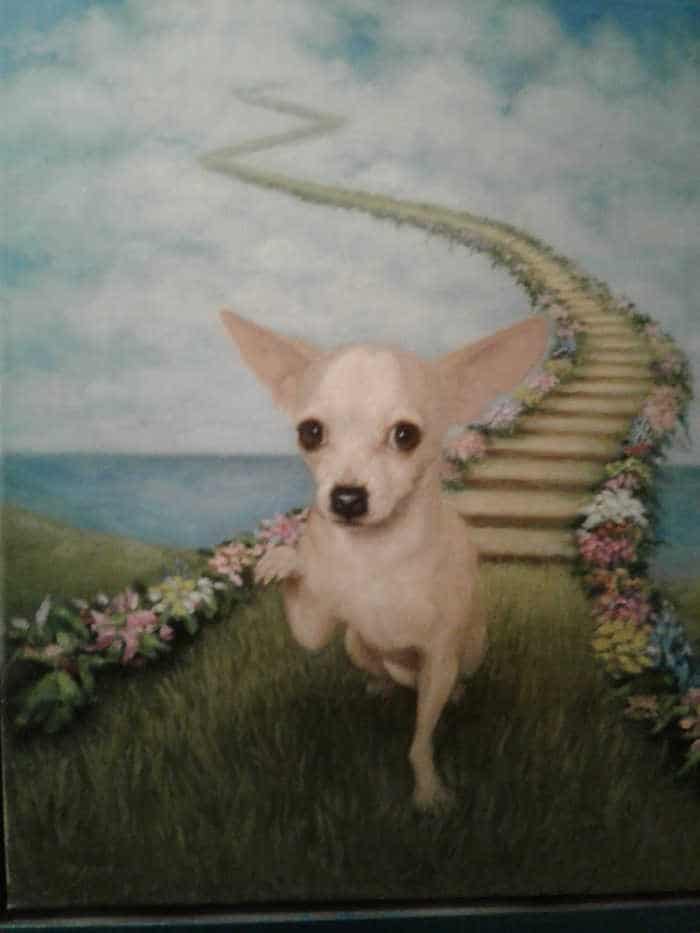 I asked where the parents were as I wanted to see them. She told me that she couldn’t seem to find or get them at the time she left.

To me that sounded a little strange, as was for her to tell me she would send me “Pookie Dews” AKC papers in the mail when I got back home. She said she had to find them or get more made out, I can’t quite remember.

So when she left and it was time to head to the airport, I got Pookie’s papers ready to fly back to Alaska.

When I finally got back home, I was so very happy to have him with me. But as the days passed, I waited for the papers in the mail and they never came.

After paying all that money, I realized I should have gotten the papers right there in the hotel.

When I called her to politely ask for the papers she was angry that I was asking for the papers again. I told her I would report her to the AKC and she hung up on me. I even wrote her a pen letter a few times to ask about the papers and she never answered me back.

When I called the AKC, they could not even find any papers for my Pookie from this breeder. I was saddened to know that I could not ever have his real AKC papers so I would never know who his real parents were.

So then I found out about the CKC and I had to register him that way.

Of course I wanted to get that breeder back for what she did but I did not know then how to go about doing such a thing.

So I let it be until this past March when I saw on TV a news show that featured this woman and I saw then the horrid conditions all the doggies were in.

I was so thankful that I got my puppy out of that type of situation and now he has a great home living with me. I do hope his parents survived the ordeal and are doing ok too.

I will never know where his parents are but I wish the best for them being out of that place.

I give thanks for every chihuahua rescued from a puppy mill such as this one.

This story was so good! I got one of my three chihuahuas from a mill too! It was fun reading even though I live in the U.S.!

I'm glad you like them! After America and Canada, we get the most visits from Australia. I'd love to visit there sometime.