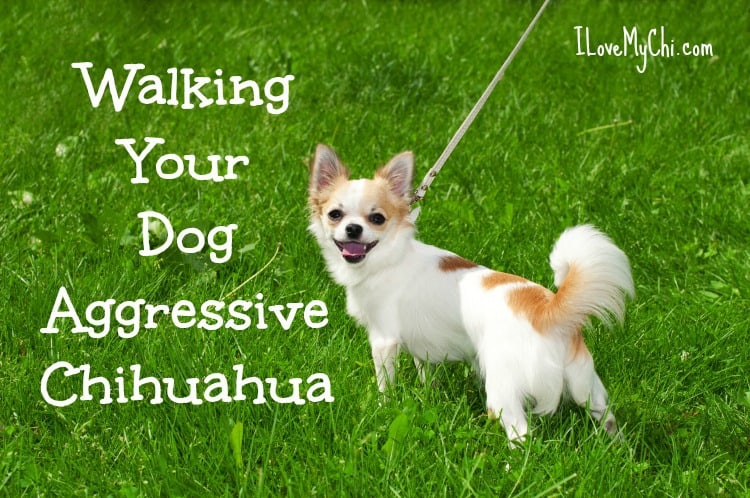 Chihuahuas are such special little dogs. They have big personalities and many times they don’t realize how little they really are.  Some  Chihuahuas can have aggressive tendencies, especially towards other dogs, making it hard to take them on walks and socialize them.

A study shown in The Journal of Applied Animal Behavior Science found the Chihuahua was one of the top breeds most likely to bite a human or attack another dog. All dog lovers understand the importance of allowing a dog proper exercise time by consistently walking them, but that involves some socializing, especially with other dogs. With possible hostility as part of their temperament, how can one prevent their Chihuahua from acting aggressive towards other dogs?

Walking a Chihuahua around other dogs may seem like a daunting task, but if you focus on maintaining positive and non-violent control over the situation, then the severity of a Chihuahua’s aggression will decrease until you feel completely comfortable walking your Chihuahua in a public setting. It takes a pet parent time, perseverance, and good treatment to correct a Chihuahua’s aggressive behavior around other dogs.  Of course, if your Chi’s aggression is totally uncontrollable, don’t put them in a situation where they can hurt another dog. Instead look to a professional dog trainer or behavior specialist to get help.

I'm sorry you didn't find it helpful Roch. Maybe you need the help of a dog trainer.