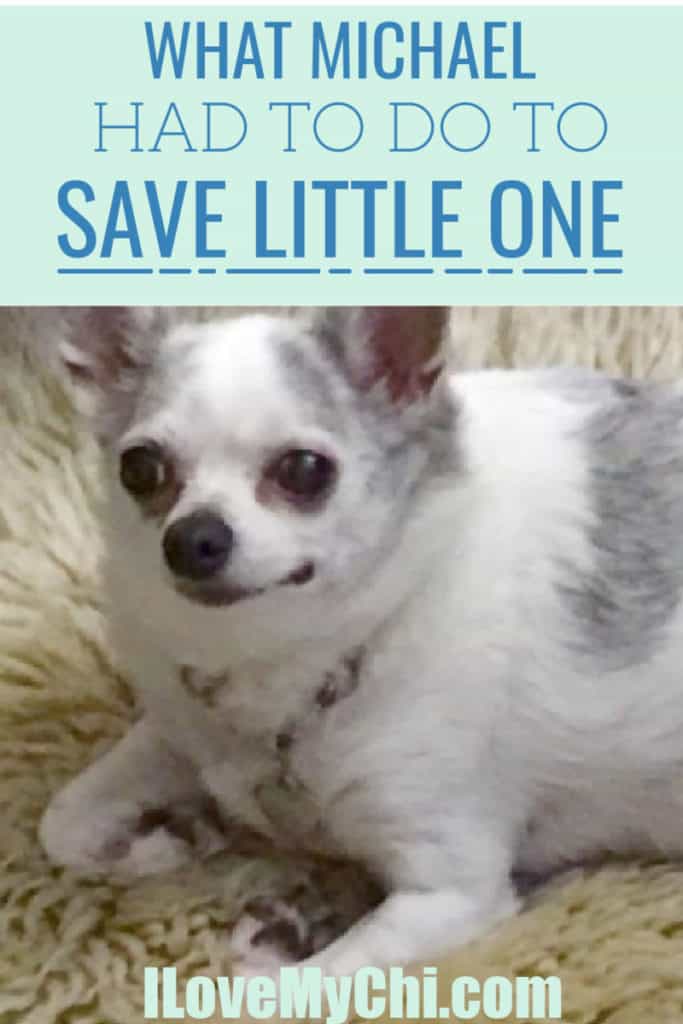 We haven’t had a chi story in quite awhile so when I came across Michael’s story on our Facebook page, I knew I wanted to put it up on this site. Although technically what he did was illegal, or at least unethical, I think 99.9% of us would do the same if we could save our precious fur baby.
Here’s Michael’s story:
At the age of two she came down with Rocky Mountain spotted fever and a blood disease that produced the autoimmune symptomology of AIDS. 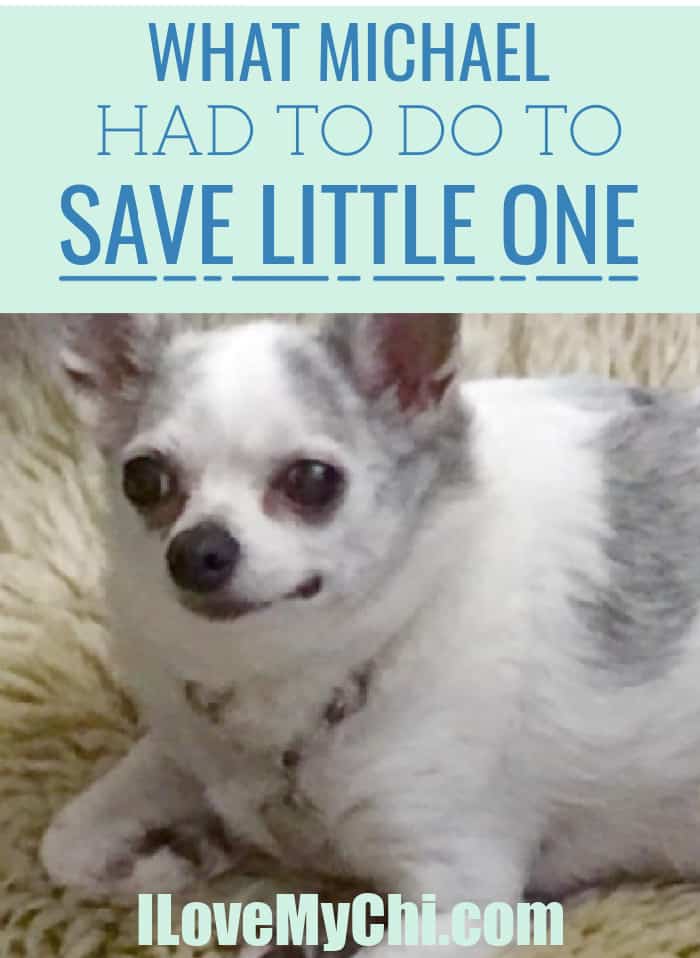 She woke me at 5 am screeching in pain and ultimately found out she had zero platelets in her blood. Bleeding from everywhere with bruises all over her body, bloodshot eyes etc, we arrived at the hospital
The Vets looked at her and gave her about a ½ hour to live saying she is not clotting at all. if blood drips into her spinal cord or her brain she will die and we don’t know how to stop the bleeding. We put her on IV antibiotics and said a prayer. 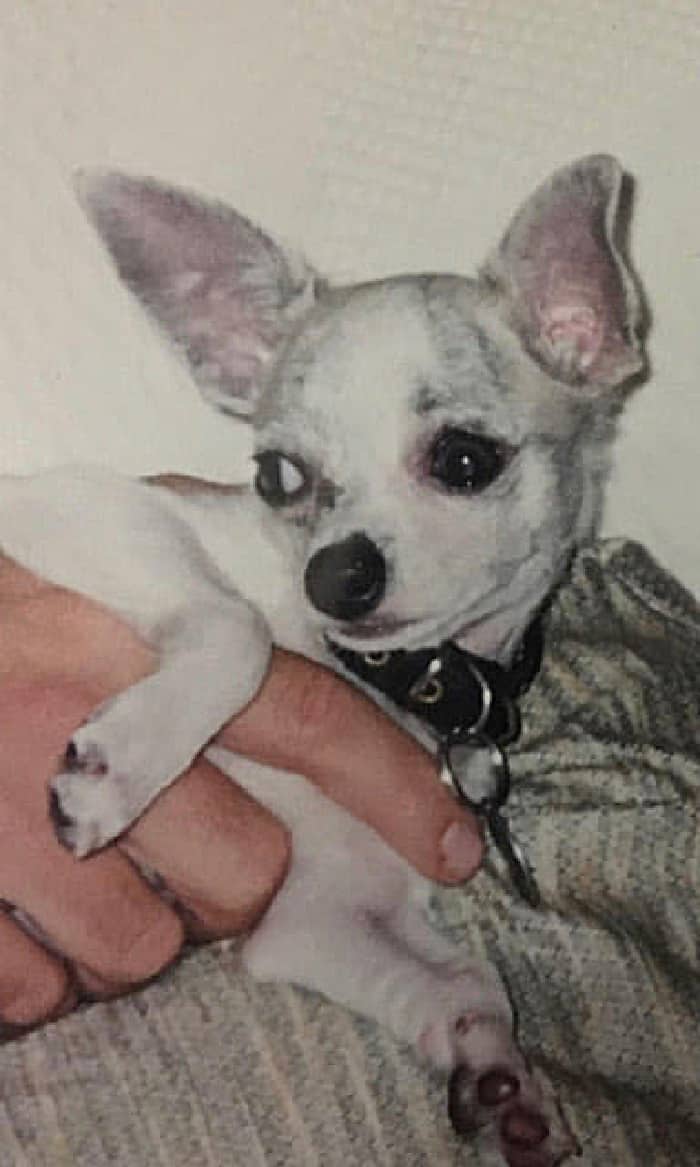 The doctor showed me the slide and said “do you see how nothing is moving in her blood?”
I asked “Is something supposed to be moving?”, to which the doctor replied “with healthy blood you will have platelets and you can tell there are no platelets in her blood.”
Ignorantly, I asked “Isn’t that how people with AIDS die usually?”, to which he replied that it is very similar.
I said “why don’t we give her a transfusion of freeze-dried hemoglobin like they do to extend AID’s patients lives?” to which 4 vets in the emergency room responded. “it will kill her, dogs can’t have human transfusions”.
I looked at the doctor and said “Why not try? You tell me she’s going die anyway unless there’s a miracle.”
The responses were from “its expensive” to “it will kill her” to (Dr. #4 said) “no hospital will give it to you for your dog. Its hard to get, but come with me.”
He gets on the phone…… then tells me “Go to hospital  X and bring $500.00 cash. Go to the hospital pharmacy and do not say anything. Just hand the male pharmacist the cash and he will give you a bag. Bring the bag to me and hurry, we really do not have time”. 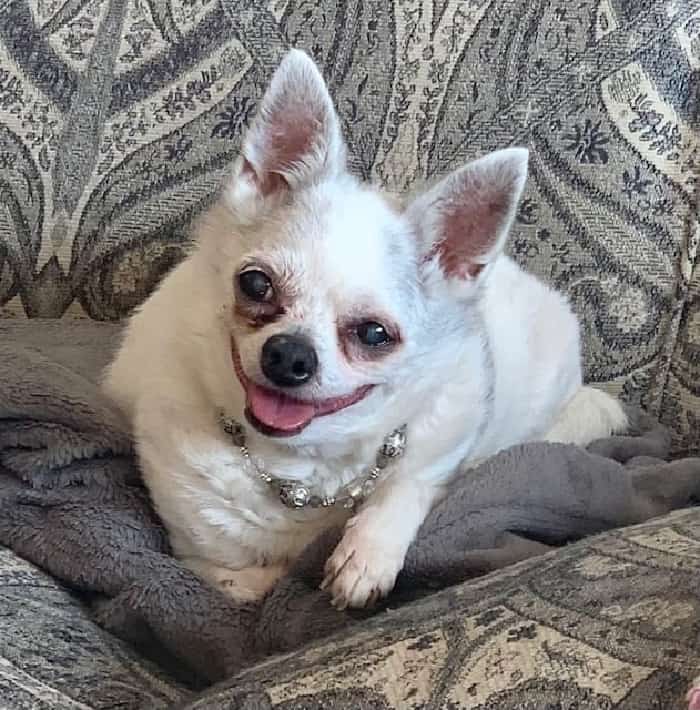 To make a long story short I bribed the pharmacist at the hospital $500 and came back to the animal hospital with a transfusion of human hemoglobin.
Instead of boring you with details, her blood count went back to normal within 72 hours. Eventually she was on steroids for year, lost all the hair on her face from an attack of ringworm due to her compromised immune system and more.
The Vet was very clear in saying we pulled off a miracle, that is the good thing, but she is not going to live too long because she has no immune system whatsoever. If I’d like to extend her life I should keep her away from germs, dogs, dirt everything. Again, I did the opposite figured let’s I could build up her immune system and on March 29, my pup, who was given only hours to live 16+ years ago, and less than a year to live once her blood improved turns 18 years old today.
Great story, lucky dog, lucky me. Remember to always think outside the box, to think for yourself and never accept no unless you have exhausted all options. 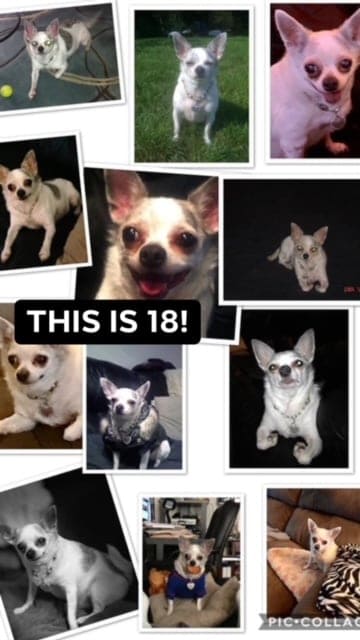 She is completely deaf, almost completely blind and severely arthritic dog who is not in pain and wags her tail often.
Had I listened to the doctors, I would have put her to sleep that day, instead, I get to tell this amazing story. Happy 18 Little One (“L1L).
Post Views: 129
Click here to cancel reply.

I don't think most ppl can understand how someone so small can provide such joy and comfort. So glad all worked out and ur pup survived such a stressful ordeal. Never accept no unless you've exhausted all options Amen to that.

I have a great chi story. In 2011 on Valentine's day I bought my then boyfriend a two month old Australian Shepherd/ Boxer mix. At four months he broke his leg (but continued to jump constantly.) He had surgery and was doing fine. Then 2 months later he broke his leg again in the same place. I could not afford another surgery so we just let it heal. In November of that year my boyfriend died. I could not physically handle the dog on my own, so I sent out word that I was looking for a new home and family for Denver. I go a hit. A friend of my late boyfriend wanted to trade Denver for their chihuahua. I said yes. Sake was 5 years old then. Ten years later he is so happy and so am I. Both dogs found their forever homes.

That sounds like it was meant to be Amy. Glad they both got good homes.

Your story really moved me. I'm so glad you knew how AIDS patients die and what to do about it. I wouldn't have known. God Bless you and L1L.

What a beautiful inspiring story! What an awesome dad you are Michael!

I am so very happy to hear the wonderful ending to your story! I keep thinking of the well known saying, doctors "practice" medicine. They are good and mean well however, they don't know everything. Always go with your gut for your loved ones including your dogs!

I remember the days when we thought doctors were gods and believed everything they said. I’ve lived long enough to know many times, it’s an educated guess with them.