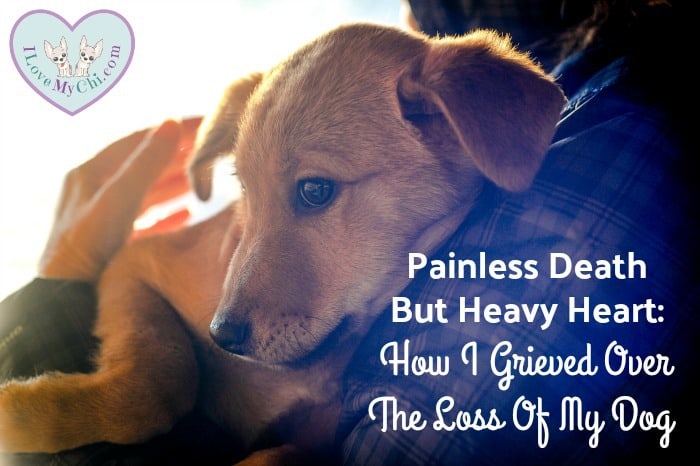 EDITOR”S NOTE: Today we have a guest post about the difficult subject of euthanasia from Mary Alusin.

As a pet owner, you can identify with me if I say that I’d wish my pet dog will live forever. Such wishes root from the fact that our furry friend actually has to die. We know it’s true, but we can’t help but deny it, right?

I admit that I had lived in denial. My little dog, Robin, was getting old and had grown weaker this year. I noticed it, but I refused to acknowledge that she was exhibiting signs of aging. That is because I knew what was next after that. Until time forced me to accept the reality. 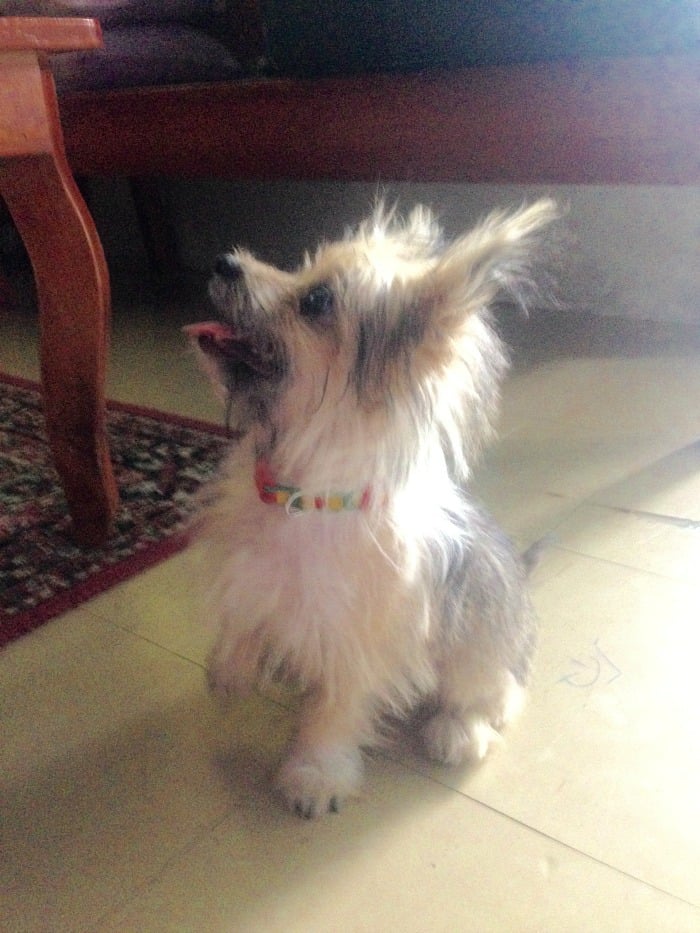 Robin had suffered a few respiratory diseases when she was in her prime. And she managed to survive all of them. But her bout with pneumonia this year was different. We had our vet check on her. We gave her medications. We pampered her more. But her health kept on deteriorating. She, then, reached a point where she wouldn’t eat and move anymore. It was a bit weird from my perspective, as she was supposed to get better already.

It dawned on me. What if my dog is at her end, but is fighting so she can run to me again? It was a comforting thought at first. But for the few days that I saw how she suffered. I figured it would be selfish to keep her like that. She should instead be free of the struggle.

When I realized that, I consulted with my vet about putting my pet to sleep. All things considered, he agreed with the option of spending on dog euthanasia. He gave an assurance that the procedure would be painless for Robin. I was relieved to know that Robin would no longer suffer. But when I arrived home and saw her again, I felt a sharp and heavy pang inside.

The Day She Finally Bid Us Goodbye

I brought Robin to our vet’s clinic the next day. After some finalizations, my veterinarian led me to the lab and left us. He said I should say my goodbyes first.

I was sitting there, carrying a nearly lifeless Robin. I hugged her and began to cry. I heard a soft whine, and I cried even more. She couldn’t speak so I thought it’s pretty useless to talk to her. Instead, I continued to hug her and cry. I felt it was enough to tell her how sad I was that we have to part.  I felt that my pet is aware of what’s about to happen. And that she has accepted it.

I was holding Robin when the vet administered the drug for putting her to an endless sleep. She relaxed a little. Then, just like that, she was gone. My eyes were dry, then. I thought: Ah, it was indeed a painless death. But it left a hole within me that was so big, it couldn’t even be expressed in tears.

Grieving Over The Painful Loss

Our family buried Robin in a patch of land we own after holding a short ceremony for her. My younger siblings were wailing when the casket was brought down. I also cried a little. There was little grief on my part. I was, after all, still in denial.

It was when we returned to our normal lives that the grief finally engulfed me. It’s because I realized that a part of my daily life is now gone. Forever. There was a missing piece in everything, from my morning brisk walking to returning home.

Fortunately, my family and friends helped me cope. They let me cry or talk about Robin when I felt like doing so. They offered consolation and didn’t force me to get on with my life. My father put it perfectly by saying that I should grieve and never hold back.

I also found relief by collecting all of Robin’s photos and posting them online, one picture each day. It helped me remember all of our fun times together. And as I go on with the reminiscence, I was relieved and thankful that I had given my pet a happy life.

To put your pet dog to sleep (euthanasia) is a difficult decision. You have to consider a lot of things before choosing such an option. But, if it’s to end your furry friend’s suffering, know that the procedure is for the best. Of course, you have to prepare yourself for the grief that is to come.

Just like me, you can get help from your family, friends, and your memories with your pet. Always know that the profound sadness will pass. And soon, you will realize that you’re doing your deceased pet a favor by moving on.

How to Prepare for Your Dog’s Passing

I do not think Claudia is weird at all for how she felt when it rained or snowed . I have had those thoughts too. I even couldn’t stand the thought of bugs getting to my precious babies. I’ve had so many of mine cremated . I just lost my 15 yr old pug a week ago today . I hated to let him go but my vet assured me that his quality of life was completely gone . He was blind n deaf n could barely walk . I did what needed to be done as my last act of love for him.

I'm so sorry you lost your pug. It sounds like you did what was best for him though. And I agree with you about having those weird thoughts. I have some of my pets buried in my backyard and I have had nightmares about them being eaten by bugs.

Tears, I had to help my boy Ottie cross the rainbow bridge in May. He had liver cancer. I had a very kind vet. Come to the house. I gave him his pain med. and we spent the morning visiting his favorite neighbors . We went to the creek and rode the golf cart around the pond that he loved so much. It was May the 7, A beautiful day. He laid in the sun in his favorite spot. The vet cut some hair and put it in a plastic bag. She made a paw print in a ornament. It was a bitter sweet day. I brought Ottie home from the pound, we figured he was 6 weeks old. He was my protector for 13 years. We buried him in the side yard . Grandson made his stone. He is still loved and missed. The only time they break our is when they leave.

It sounds like you sent him off to the rainbow bridge in the best way possible Patricia. I'm so sorry you lost your little Ottie.

I buried my first dog and cat. Each time I became hysterical when it would rain or snow or just simply knowing that they weren’t sleeping with me. It just kept running through my mind that they were outside having to deal with those conditions. (I may sound nuts, but it was adding to my anxiety). Since I have cremated. I have their ashes placed into a display cabinet in my bedroom. It has at least calmed that mental anxiety. As I said, I’m nuts. Today marks the second year since my baby girly passed. Sable Madison I miss you so much. . Give Boogie kisses for me. I love you both so much.

You are not nuts at all Claudia. We can't always help how we feel even when we know it's not rational. I'm so sorry you lost your precious fur babies.

I feel your pain and loss, my wife and me will be facing that same choice or Pinky puppy is 16 and is struggling to walk at times among other things. It's not an easy choice but I wanted to give everyone an option for remembering their pet. My wife and me are both talking cremation for ourselves so we have talked about the same for our pup the twist is called a spirit tree the jest is you cremate the pet put the ashes in a biodegradable container and put that in a biodegradable pot that has a tree in it thus feeding the tree with the ashes of your pet allowing them to live on in the tree. I thought that was a neat option so I hope I have given you something to think about . I am including this link to a web site where you can get the supplies for the spirit tree. http://www.thespiritree.com/

I have heard of that before Kenneth. What a lovely way to remember your dog.

Sorry for your loss wish my vet had done that for bit after spending 500.00 dollars and told she was going to be fine the next day she got on my lap and passed way

Oh wow, I'm so sorry Zoeanne. Do you know what caused her death?