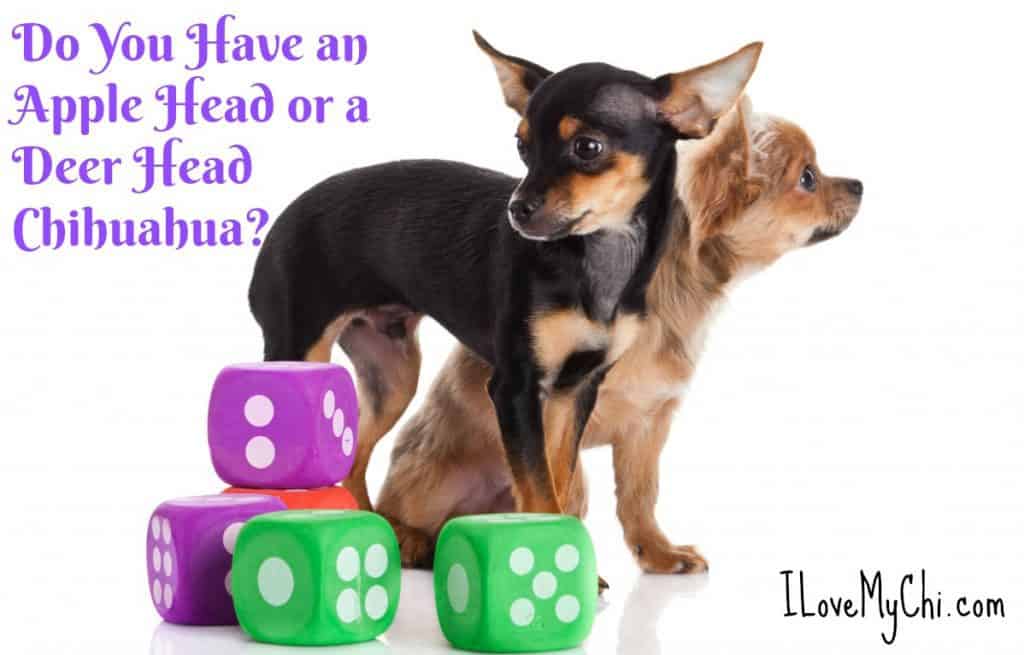 We often get questions in our facebook group from pet parents wondering if their chihuahuas have an Apple Head or a Deer Head. Sometimes it’s easy to tell. Other times, not so much. Hopefully this guide will help you if you are wondering what your chihuahua is.

The funny thing is, these terms are not even mentioned in the Chihuahua Club of America breed standard guidelines. However they do state that a chihuahua should have a well rounded “apple dome” skull.

So does that mean if you have a deer head, your chihuahua isn’t legitimately a chihuahua? No, of course not. In fact, there can be deer heads and apple heads in the same litter with the same parents. It just means the ideal chihuahua has an apple head in the eyes of the CCA.  So if you ever wanted to enter your chi in a dog show, you couldn’t with a deer head. Most of us don’t have chihuahuas for show though, we have them for companionship.

One thing that should make you feel better about having a deer head chihuahua is that even though they aren’t the ideal standard of the breed, they are less prone to health issues than apple heads are.

Characteristics of an Apple Head Chihuahua 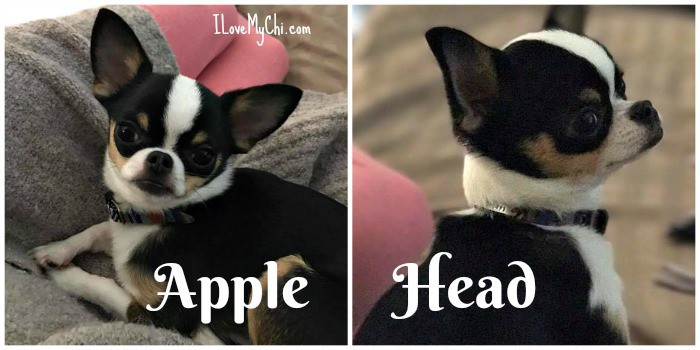 By the way, the little cutie above is named Newt and he belongs to Evelyn Ann Ciaramella Hannigan.

Here’s a video with an apple head chihuahua:

Characteristics of a Deer Head Chihuahua 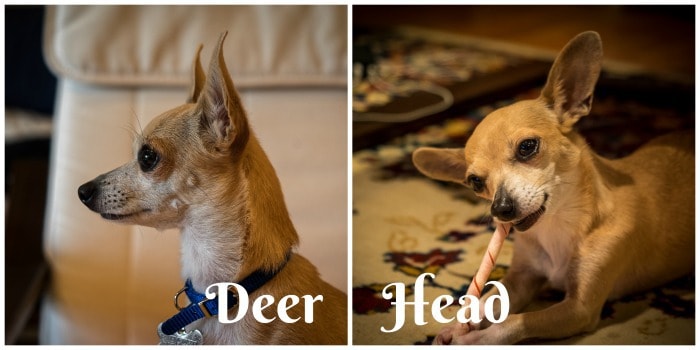 Here’s a video of a deer head chihuahua:

Now look at them side by side: 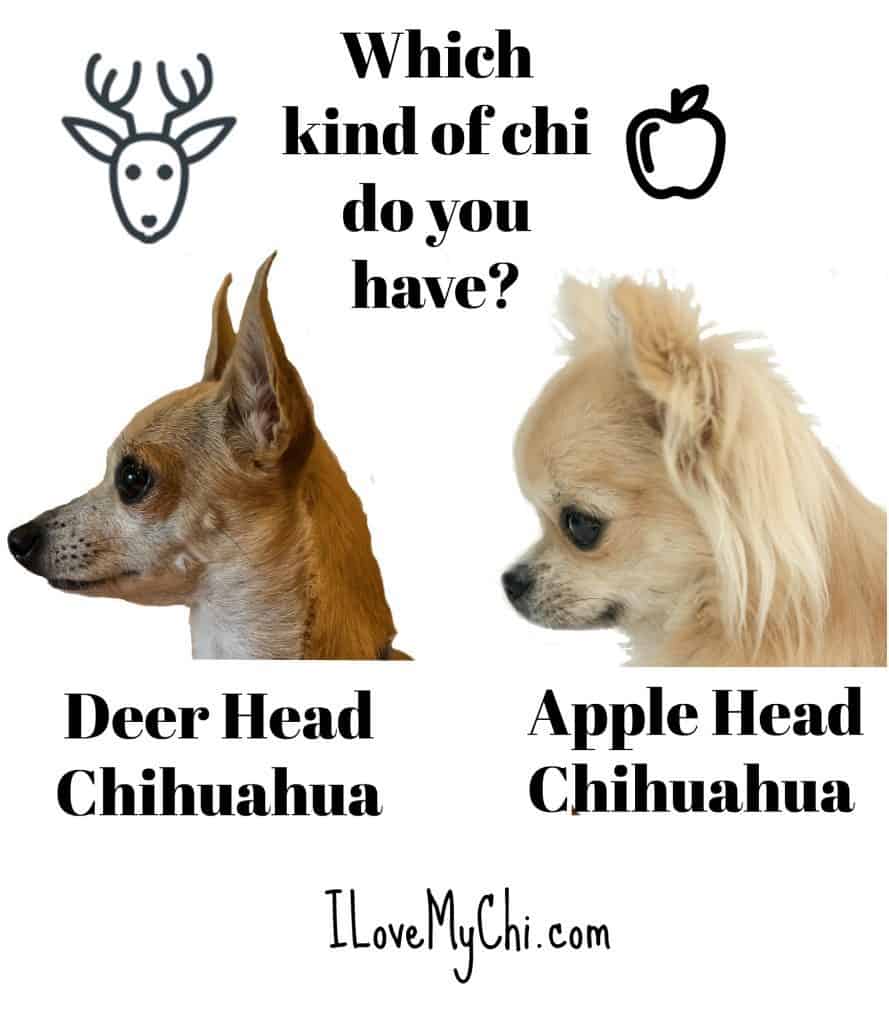 Now I do have to mention that I have seen some chihuahuas that seem to be a combination of both types so if you have a hard time telling which one your chi is, it could be because of that.

We have a tan deer head male( Moose is his name) and an apple head 3.6 lb female( Tina) . We have had chi's for years now and love them . Our last male apple(Cujo, he earned the name) was strictly Mama's dog passed at 18+ years. Moose is 10+ lbs, but very trim. Love our chi's. Tina is a barker. We have to put a buzz collar on her. She thinks she's a squirrel catcher. Lord help her if she ever did,4 teeth.

LOL, yeah they love chasing their squirrels. I know mine do.

We adopted 3 Chi's early last year all boys. Lucky is a dear head, such a sweet and quiet dog Muffin is an apple head, the monster in the group. Goofy was a Heinz 57 variety, sadly he passed away in March after fighting several internal problems. He may be gone but never forgotten

I have one of both, apple & dear. I recently adopted a dear head chi & she is the best watch dog ever. She is young, maybe two or younger. I don't know anything about her & would like to have her spayed. she has had one liter by the looks of her. She has had strict training & was mistreated. She is now my Velcro dog. One on each side of me. My thriteen year old dear head, Tilly, is very jealous, as are both to be truthful. So far I have stopped the nipping from the new girl, Poppy. Not the carpet wetting. I do take her outside at least every hour or oftener depending on commercials, and after dinner. Poppy is in training right now to learn to whisper bark in the house and to listen first then bark when outside. She is a quick learner. And, working on the carpet wetting Tilly likes to sing with me. She barks lightly then drops to the lower range of voice to match my Row,Row the boat song. When she wants to have a sing she barks lightly & wags her tail. We then sing. Poppy watches, so far. Poppy is very quiet other than barking at the water coming on at night. I gave Poppy her own blanket today & she was thrilled, rolled around on it & her tail wagging a mile a minute & did tiny circles on the bed. Did I mention she smiles. I'd send a photo but this pc isn't working too well right now. Waiting for my son to fix it.

Is my puppy an apple head

I don't know Jessica. Send me a photo of your puppy at cathy@ilovemychi.com and I'll see if I can tell wht they are.