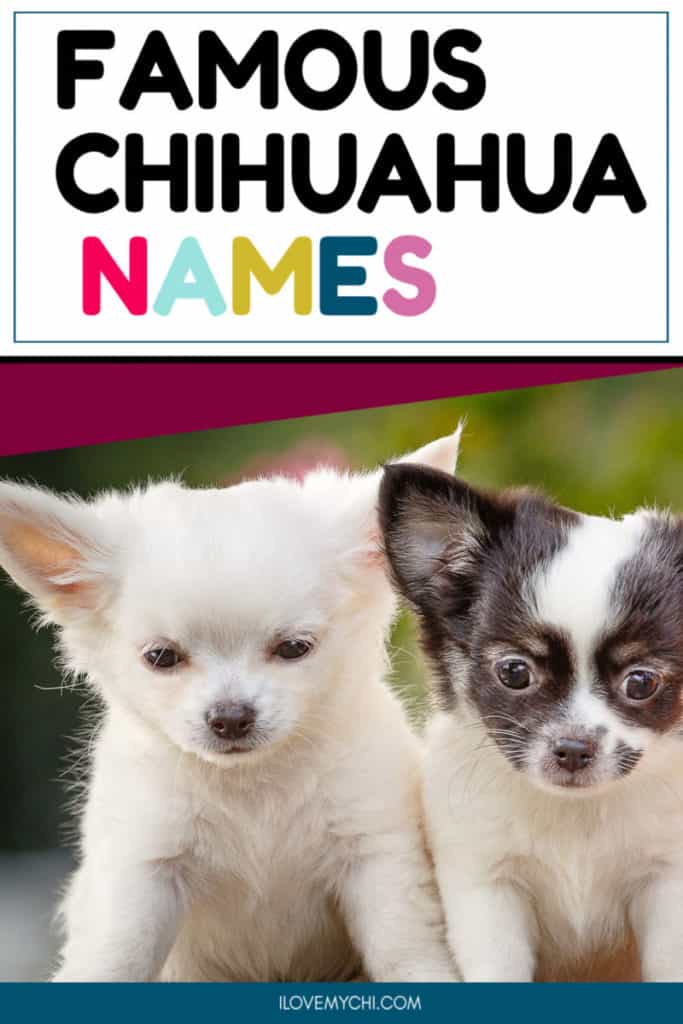 If you are seeking inspiration for your Chihuahua’s name in the lime light, there is no shortage of famous Chihuahua names to choose from! After reading this, be sure to check out all our chihuahua names.

Here are some of the most popular Chihuahua names inspired by movie characters and celebrities: 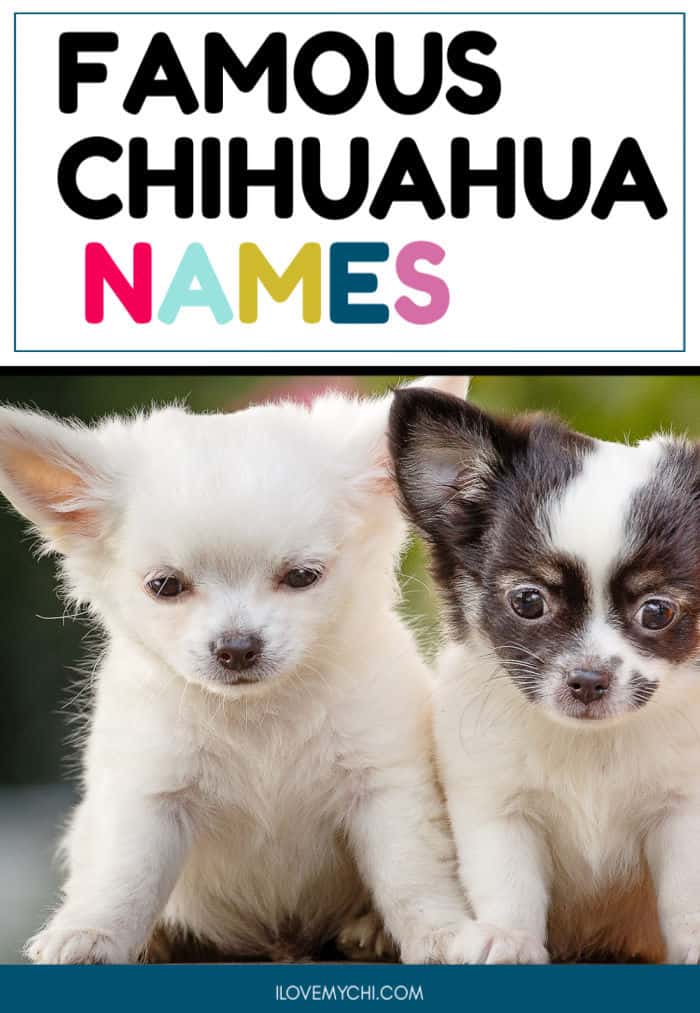 Chihuahua Names From Movies and Television

Here are the names of Chihuahuas who stole the spot light in movies:

Apollonia who was Prince’s girlfriend in the movie Purple Rain.

Bella from Chihuahua: The Movie which premiered in 2015.

Bruiser Woods from Legally Blonde was played by a Chihuahua named Moonie.

Chewbacca or Chewy from Star Wars.

Sophie from Chihuahua Too! which premiered in 2013. Sophie is a ghost dog who was an actress who played the part of Cleopawtra in a movie, creating another name suggestion.

Tecl’c from the TV series Stargate.

Tito from Disney’s Oliver & Company movie which premiered in 1988.

The below is a list of the character’s names from the first movie:

While many of the same characters reappear, there are a few new faces in the second movie which premiered in 2011:

In the final of the three movies which premiered in 2012, fans continue to follow Chloe and Papi and meet the following new characters:

Get your Chihuahua cozy wrapped in a blanket like a burrito and snuggle up to watch the movies together. As you get to know the characters, consider which character’s name best suits your Chihuahua. 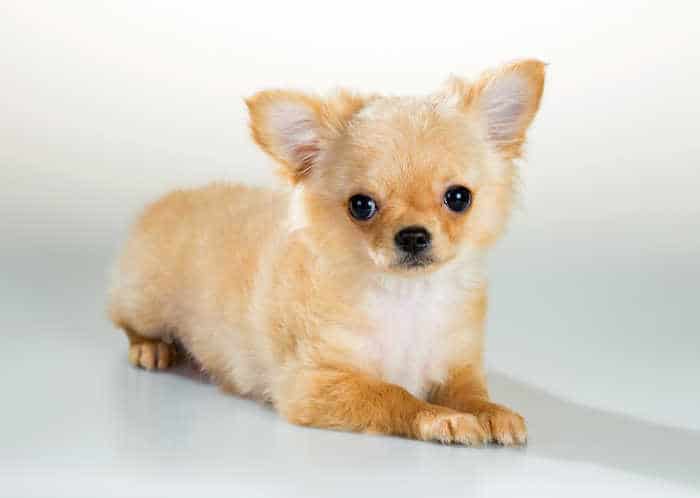 Here are the names of some of the most well known celebrity Chihuahuas:

Gigdet the Chihuahua was famous by her own making, not by being owned by a celebrity. She starred in the Taco Bell commercials that featured a Chihuahua that ran from 1997 to 2000. She also played Bruiser Woods’ mother in Legally Blonde 2.

Tinkerbell the Chihuahua was made famous by being Paris Hilton’s side kick. Sadly, Paris owning a Chihuahua made the breed a fad. Many Chihuahuas were obtained by people who were not ready for the commitment, resulting in shelters and rescues experiencing an influx of these little dogs due to this fad.

Coco is a Chihuahua who was rehabilitated by famous dog trainer Cesar Milan when he was brought to him due to his aggressive behavior. He became a breed ambassador of the Chihuahua on Cesar’s show.

Vida is a Chihuahua owned by Demi Moore.

Bama is a Chihuahua that was owned by Demi Moore and Ashton Kutcher during their marriage.

Chiquita, Rosita, and Evita were Chihuahuas owned by Madonna.

Carlos is a Chihuahua who was rescued by Matt Damon.

Eveie was a Chihuahua mix owned by Leann Rimes, who sadly passed away in 2019 after being attacked a by a coyote. All Chihuahua owners can learn from their family’s experience; it is crucial that dogs this size not be outside unattended.

Gibson is a Chihuahua owned by Alyssa Milano.

Lola was a Chihuahua owned by Hilary Duff.

Josefa also known as Choo Choo was a Chihuahua owned by Marilyn Monroe.

Larry and Nena are Chihuahuas owned by Katharine McPhee.

Karen is a Chihuahua owned by Christina Ricci.

Loki is a Chihuahua owned by Mickey Rourke.

Nemo is a Chihuahua adopted by Paula Abdul.

Owen is a Chihuahua adopted by George Lopez.

Archie for the child of Prince Harry and Meghan Markle.

Frank Zappa (or Frankie or Zap) for the musician

Mork and Mindy if you have a boy and girl dog, these are cute names inspired by the old TV show.

Is your Chihuahua named after one of these famous Chihuahuas? Share in the comments below.

My little girl is Disney. Because I love anything Disney

I actually have that name in our Disney names post here: https://ilovemychi.com/disney-chihuahua-names/

My chi is tiny cause she is

Her name is Tiny?

My Chi is a long hair, dear head, that has coloring like a blond fox with black face. Her name is Lola Grace.

My BFF has a Chi rescued from an addiction environment. Her name is Pia.

Those are great names. That's wonderful that Pia is out of that bad situation!

I didn't know that. Learn something new everyday.

my pups name is dash, he runs so fast and hes a little dude,,dash just fits him,we rescued him, he had a broken leg i saw him and wanted him,,,,,so on july 3rd we got him,he had 4 surgeries the day we got him, he was so drowsy when we brought him home,,,hes the love of my life, my shadow and my buddy